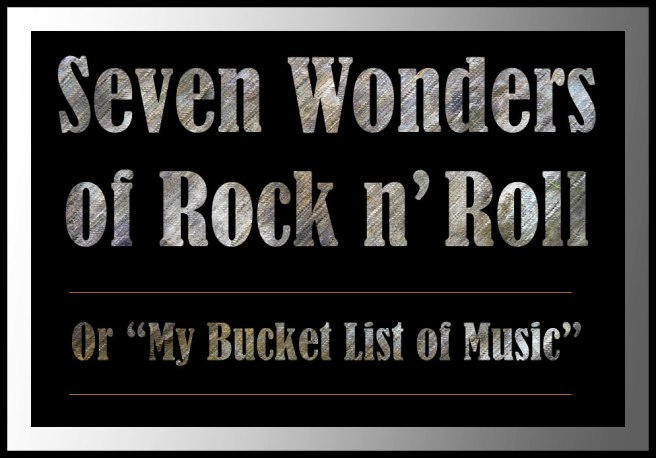 This is my best seven. I will attempt to defend my selections. Defend them like an angry dog guarding a shoe-you better bring some treats and a deft touch if you want to pry them away from me!

My goal is to do this whole list. Complete with lots of pictures and insightful writing to share with you all.

The legend of the man who sells his soul in order to play guitar like the devil-this is the genesis of Rock Music. It does not matter if it is true; only that this changed everything.

Johnny Cash, Elvis, Jerry Lee and Carl Perkins– And that just scratches the surface of the greats that scratched history in vinyl right here.

The iconic Album cover of the Beatles walking on that zebra crossing is burned into the consciousness of every true rock fan in the world. Pink Floyd’s Dark Side of the Moon being recorded here is enough of a kicker to get this in.

Has become a pilgrimage for rock music fans. There is a special mystique that summons us here. If you make it to Paris, you have to answer this call.

Yes-this city wanted it more than all the other sexier cities that toyed with the idea. Cleveland made it a reality and made it fit. They also made it work…people care if their favorite band gets in or not. And thankfully unlike the Baseball Hall of Fame-they don’t keep you out for drug use.

Here is one that I have checked off the list-If you mention this event, everyone knows what you are talking about- Peace, Love and Music. A simple triple threat of power for the soul. This is a great visit with a fine museum and performing arts center on site. And always a few original hippies hanging around (some never left).

A true natural wonder set in a mystical place of beauty. The Beatles played here and it did not sell out.  Jimi Hendrix played here. It is somewhere that great rock music happens right now! It is where every big name band wants to leave a mark (and maybe record a DVD). I want to go here at least one time a see a show! Yes…bucket worthy. 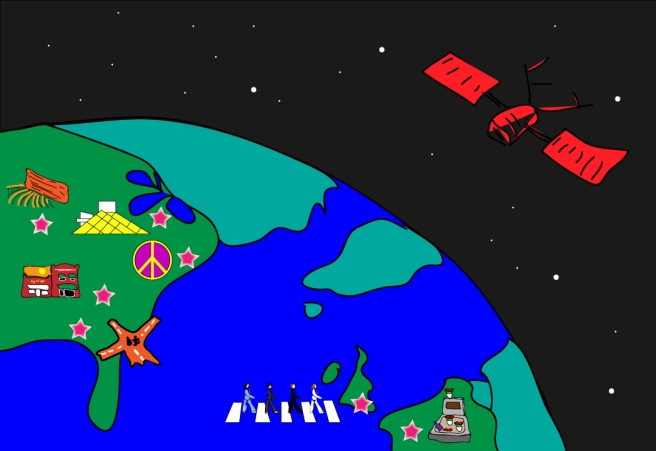 I created a little map to help me on my quest-

The cave sits at the gateway to the great Adirondack Park in N.Y.
No cell service at the cave
Loading Comments...